a new system within the Create-a-Class menu. Pick 10 gives the player a total of 10 slots in a class, which are used for guns, perks, grenades, etc... The player can choose to allocate the slots however they like, to either have more attachments for a gun, or more perks. 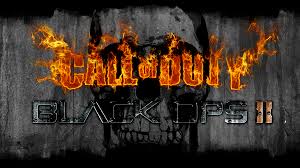 "Create-a-Class 2.0" allows enhanced personalization with appearance items as well as upgradable perks;weapons are customizable with writing, emblems, attachments and camouflage painting. Even reticles can be modified. There are more than one style for an attachment, which allows for a lot more personalized weaponry; for example, the player can choose between a red dot sight or a reflex sight, both of which share many of the same traits, although the red dot fills up less of the screen (something desired by many players in my opion). Character models depend on the first tier perk instead of the weapon's type. Furthermore, face paints can be unlocked.New custom killstreak rewards include explosive R/C cars, guided missiles and controllable attack helicopters